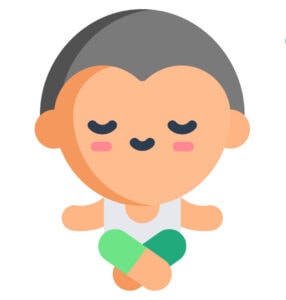 How To Stay Curious By Microdosing Psilocybin

As the old phrase goes, ‘curiosity killed the cat.’

But, don’t worry, no cats were harmed in the writing of this article.

Basically, the phrase is a grave warning for anyone who may dare to go a-thinkin’ outside of the box, exploring new fields, or grappling with fresh knowledge.

Yep, studies show that curiosity is actually one of the key traits that can predict a long and happy life.

I mean, it was Einstein himself who said; “The important thing is to never stop questioning. Never lose a holy curiosity.” And, rumor has it, he was a pretty smart guy. But, if you can’t take a genius’s word for it, allow us to elaborate further on the power of curiosity. Curious? Ok, let’s go!

Studies have shown that curious people tend to have higher levels of positive emotions, more satisfaction with life, better mental health, and lower levels of anxiety. Basically curiosity is associated with happiness. Part of this is chemical —  studies have shown that our brains release dopamine and other warm fuzzies when we encounter something new and exciting. All the more reason to explore!

To be curious about other people and to ask them questions about themselves is part of being empathetic. By learning about people we become better at understanding their point of view, their experiences and where they’re coming from. Especially if you branch out and talk to people outside your usual social groups — you may learn things you never imagined. Additionally, who doesn’t like being asked thoughtful questions about themselves? You could brighten someone’s day or even make a new friend.

3. Being Curious Helps Us Survive

Turns out curiosity is actually a pretty ancient survival tactic. That urge to nose around and discover helped us to learn about our continually changing environment, and how to remain vigilant and aware within it. Essential if you were a hunter gatherer! Also essential if you’re trying to navigate the confusing modern world we find ourselves in today. Scientists believe this is one of the reasons our brains evolved to give us that dopamine hit when we are discovering new things. Knowledge is power — and our bodies know it too.

Curiosity can help strengthen the friendships you already have. If you continue to take a sincere interest in the people already in your life, you further deepen your relationship, and avoid taking them for granted. People have many sides to them, and the more you ask the more you learn. Additionally, scientists have found something called “reciprocal self-disclosure” is key, which is both asking and answering openly, personal questions.

5. Curiosity Can make You a High Achiever

It seems like a no-brainer, but the more curious and interested you are in what you are studying or working towards, the better you will do at it. If you are engaged with a subject you are far more likely to put in effort, get involved, and do that extra-curricular participation. This is true within school, higher academia, work, and even your hobbies.

How to Get Curious with Psilocybin

“Curiouser and curiouser” Alice was heard to say, as she explored Wonderland. I mean sure — she was surrounded by the wacky and weird. But most of us aren’t. And sometimes during the daily grind, it can be hard to find the time, or even the brain capacity, to flex that curiosity. So first things first! Take some time for yourself — you deserve it. After all how can you even work out what you’re curious about if you don’t have the space to think?

Secondly, we have another little tip…

It’s called psilocybin, and it can jump-start that childlike curiosity you might be missing! Sure, we may be biased, but the science bears out.

In fact, studies have shown that psilocybin could be the elixir of youth — for the brain at least. And, there is a reason youth is associated with curiosity. If you’ve ever spent 5 minutes with a 5-year-old you will have probably been asked 500 questions by the inquisitive little monsters. As we get older, although we (hopefully) get wiser, we tend to rely on what we’ve already learned, rather than the learning of new things.

Psilocybin helps us get the best of both worlds by increasing brain neuroplasticity. As we age our brains form rigid neural pathways, which support our world view, and reality as we understand it. However, this reduces our predisposition to wonder.

Psilocybin, and other psychedelics such as MDMA, ayahuasca and LSD, can make the brain more flexible, creating new neural pathways, and snapping us out of our tired routines and thought processes. This is one of the reasons that psychedelics are the great hope of mental health treatment, as the growth of new neural pathways can aid the recovery of those suffering from depression and trauma.

It is also one of the reasons that they are key in aiding us in our return to curiosity. When our minds are open, and we think about things in a new ways, that is when our imaginations and creativity are spiked.

Curiosity begets creativity. It is how many older creatives keep long and fruitful careers — by staying creative, rather than doing the same thing over and over again. For example, veteran photographer David Eustace, in his 60s, told Shutterstock Magazine;

“It isn’t the format that matters, but the feeling and the vision behind it. That’s what your audience responds to. Always experiment.”

Being curious now, can put you in good stead to continue on this path in later life. Professor Gary Gute, director of the Creative Life Research Center at the University of Northern Iowa explains;

“Those people who have from the beginning developed complex lives with multiple interests and multiple talents, and continued to develop psychological complexity and tolerance for ambiguity, those people continue to do very well in later adulthood.”

So, go out there! Ask questions, read up on weird esoteric topics, look at bugs under a microscope! And, if you wish, let psilocybin be your helper.

Microdosing is taking a subthreshold dose of psilocybin to induce creativity, curiosity, and productivity without the psychedelic effects. Many people choose microdosing because you can take it and get on with your day all the while reaping the benefits.

“I’m a drummer and the microdosing hasn’t just helped me make better music, it’s helped me be more motivated to get creative in other areas of my life. Also helps with reconnecting with my inner child (huge creativity boost). Also gave me the courage to start a new band with a totally different direction altogether!”

This experience is telling. The user began taking their microdose for a specific reason — music — but found that the new curiosity and imagination seeped into other unexpected areas of their life, thus  enhancing them as well.

For more info check out our full microdosing guide.

So, don’t let the old proverbs scare you. Curiosity really is a trait that will both keep you happy, and take you far in life. By just continuing to ask ‘why?’ —  by taking an interest in others — by wondering about things beyond your own knowledge — you can enrich your daily experience.